High Pressure Equipment Company’s MB series reactors are designed for high pressure applications in which metal seals are required because of chemical or high temperature requirements.

The MB seal is a refinement of the Bridgeman seal, which operates on the unsupported area principle. When properly assembled, the pressure end load on the cover forces the entire closure assembly together, affecting the seal. The higher the pressure, the higher the sealing force.

MB Reactors are built to order and as such various volumes, pressure ratings and materials of construction can be used. Please consult factory for all options. 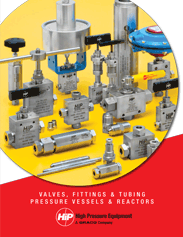 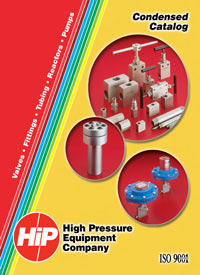 To view these files, you must register for a password. If you have received a password, please enter it below. If not, register here.